We’ve all heard the saying – clothes maketh the man, and it’s true! Your ensemble makes an impression even before you do, and we have more and more options to help us make a great one with each passing year. 2019 is the year of modern tailoring, luxury fabrics, and chic designs. The Athleisure movement continues to reign in 2019 as well, but it takes on a sharper appearance. Men’s work clothes and their off-duty avatars have seen a major change in the past few years; to be honest the line between the two is next to invisible. With street style ruling the roads, the runway has taken a cue or two from it. Breathable fabrics such as cotton fabric and linen material are in demand; other fabrics such as soft leather, synthetic jumpers were also seen on the scene. Let’s look at menswear trends for 2019.

For ages, women have fearlessly embraced this trend, whereas men shyly tugged behind; they just tried on maybe an accessory or two. 2019 is the year to not play it safe. Animal prints are no longer the side dish, it’s the main plate! We are seeing snakeskin worn head to toe, and the result looks amazing!

A black tuxedo is a classic, but the modern white version is equally dashing! The tailoring, however, is far from traditional. The suits have exaggerated shoulders, baggy pants, and metallic finish. All these additions have given the suit a modern upgrade.

While sportswear continues to be a major chunk of the fashion offerings, the pinstripe suit has made a reappearance. These classics are being worn with colourful sweaters, quirky T-shirts and with chunky sneakers to keep up with the times. Many designers such as Alexander McQueen, Versace and Maison Margiela showcased these items.

Accessories have come a long way from men’s watches, cufflinks, bow-ties, and ties. This year it’s all about the cycling sunglasses. They are no longer reserved for bike tours; they have cycled their way onto the runway. When worn with the right Athleisure ensemble, this style kicks butt!

Logos have been ‘In’ for the past year or two, the trend is still ‘In’ in the year 2019. In fact, this year it gets bigger and bolder. Just look at the head to toe look of Louis Vuitton or the oversized monogrammed jacket, gloves and bag from Fendi. It’s the revival of the MTV generation where a logo spoke louder than the ensemble.

Sometimes there are some trends that are bizarre but take off like a house on fire – the fireman jacket with reflective stripes is one prime example! The working essential was giving a fashion edge by pairing it with long trenches, formal pants and sleek leather pants, and the outcome is unexpectedly outstanding!

Falling nothing short of at least 5 layers, this seasonal trend is exaggerated this year. Standout layers on top of one another may not be the most practical trend, but sure is bold and outstanding to look at.

Once again, the age-old classics were given a modern day spin. We could see an array of checks. This year they shed their well-behaved appearance and are becoming bold and louder. The head to toe checks look is absolutely stunning and there is plenty to choose from, including woodcutter checks, Scottish tartan, and classic plaids.

Beanies are still in, but this year is definitely the year of the caps. Caps were seen all over the runway with collaborations between major fashion houses and the Major League Baseball. This accessory was seen with almost all styles. It was thrown over a suit, a jumper or even the humble street staple hoodie and denim, and almost in all instances, the cap held its own.

Leather this year was showcased as long coats with emphasis on tailoring and quality. The design was kept clean and simple, with crocodile skin doing an appearance here and there. This style will easily lend to most occasions and is an instant way to make an impression.

This year the suits have ditched a layer and have gone bare. The blazer is being donned with louchey disregard to tradition and we love the outcome. It almost gives it easy going beachy vibes, making it less formal and more fun!

Another striking accessory showcased by labels such as Jacquemus, Givenchy and Fendi. Small wallets or clutch like bags were attached to a long chain worn around the neck. We must say, this spin-off is fun, edgy and practical at the same time. If you were to give one new fun trend a try, this would be the one!

Cowboy references continue to be the norm in 2019 as well, and tassels, flashy buckles and cowboy boots are still the rage! When done right, this look can shed all its rustic roots and look refined and chic. Take a cue from brands such as Calvin Klein, Dsquared2 and Dries Van Noten.

Wishful thinking won’t make this trend go away. It’s all about showing off those toned legs this season. And if you thought this trend would only be reserved for the beach, think again. It’s taking over the streets and we’re just going to have to go with it!

With all that is going on with ‘Gilets Jaunes’ in France, this staple may have gotten a bad name, but on the runway, it’s still hot! The Gilets have taken on a more rugged utility route with multiple pockets and storage space. Think police and military jackets to get the drift.

These are some of the noteworthy trends that you can look forward to in the year 2019. Take what you will from the trends, the clothes, and the fashion, and we’re sure you’ll be the hippest man in town for 2019! 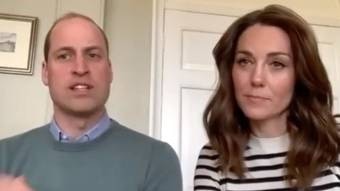 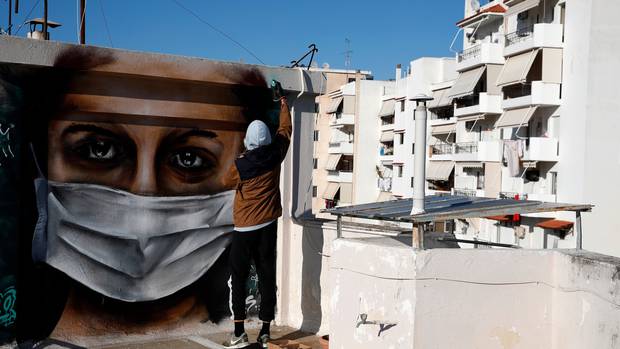 Coronavirus: The surgical face mask becomes a symbol of our times

Thank you for subscribing.

we respect your privacy and take protecting it seriously